Why GetApp is free

GetApp offers free software discovery and selection resources for professionals like you. Our service is free because software vendors pay us when they generate web traffic and sales leads from GetApp users.
Because we’re committed to help you find the right solution for your business needs, we list all software vendors on our website, and give them the opportunity to feature their solutions and collect user reviews.
At GetApp, our comprehensive software listings, verified user reviews, software evaluation scorecards, product comparison pages and articles will empower you to make confident and well-informed purchase decisions.

NordVPN is a VPN cloud security service which encrypts all internet traffic to ensure confidential business data and sensitive customer data stays protected from third parties. With NordVPN, users can shield their business from the risk of using public Wi-Fi hotspots. Whether employees connect from a hotel or a local coffee shop, NordVPN makes sure that their data is impossible for third parties to decipher.

NordVPN also allows users to work from any place in the world and experience the web with no geo-blocking of content. Users can access all websites and services they get at home, from messaging apps to media streaming. 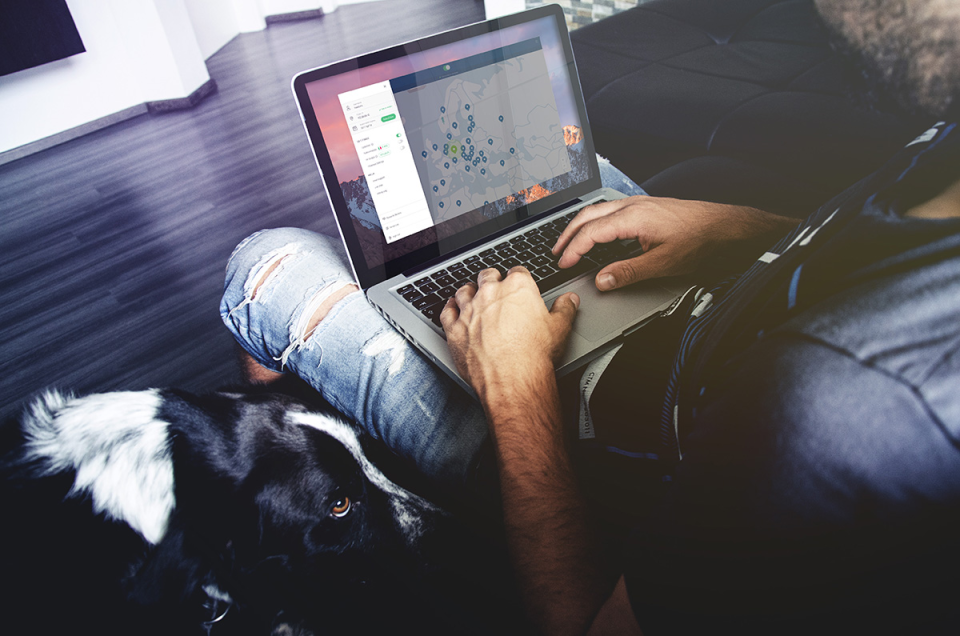 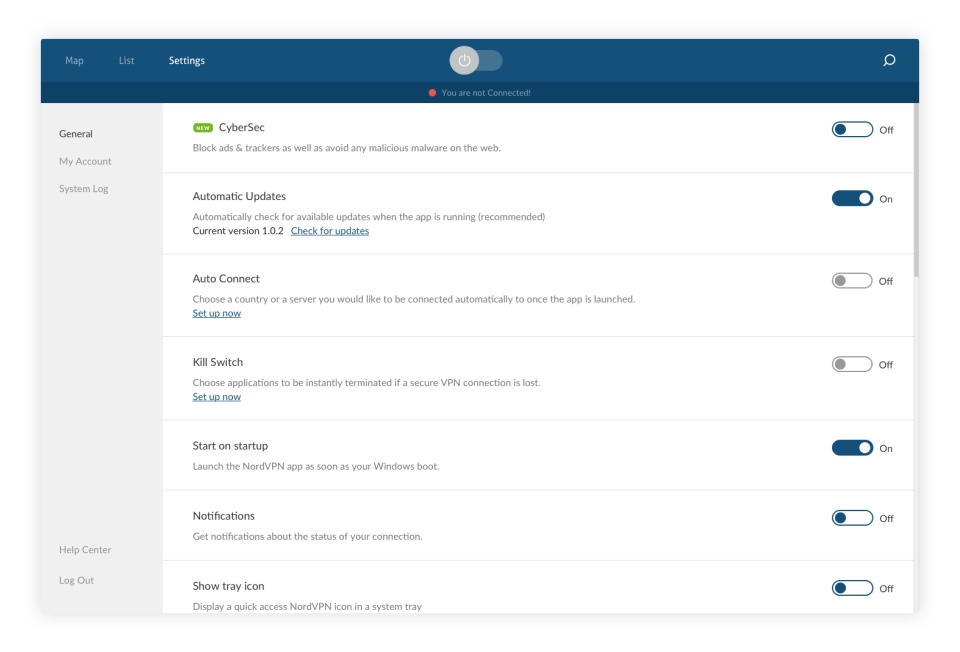 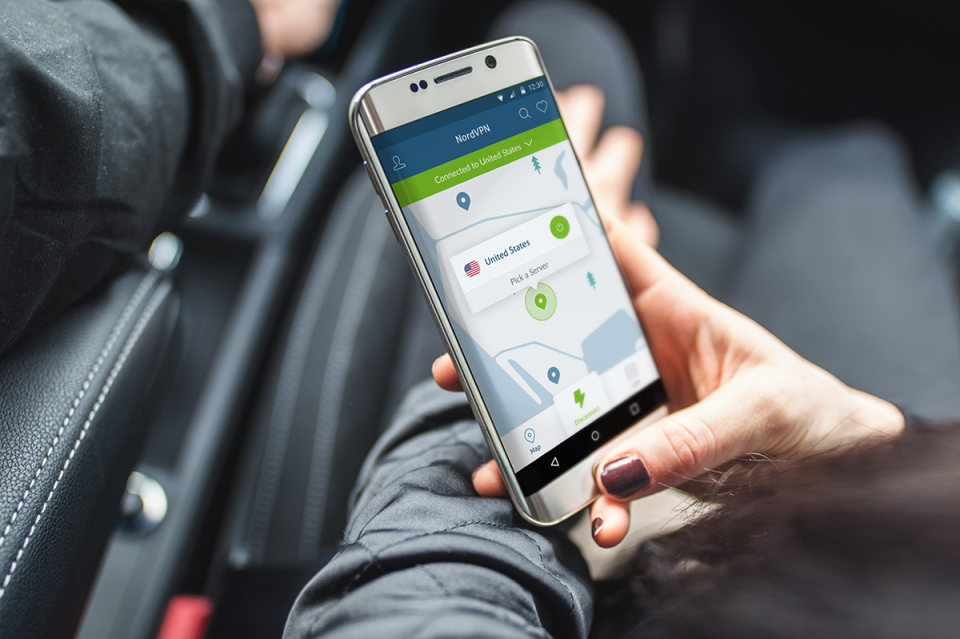 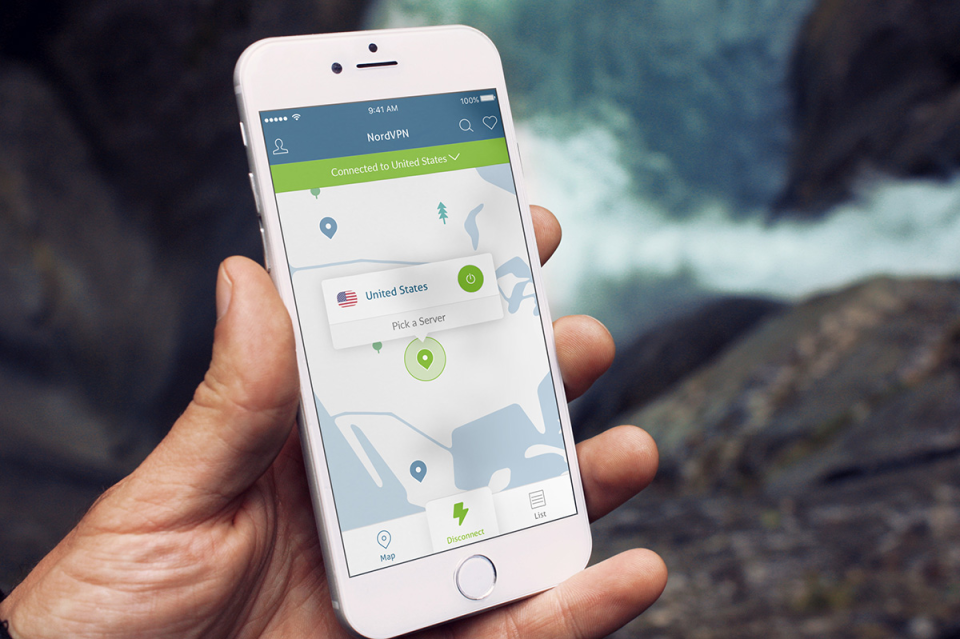 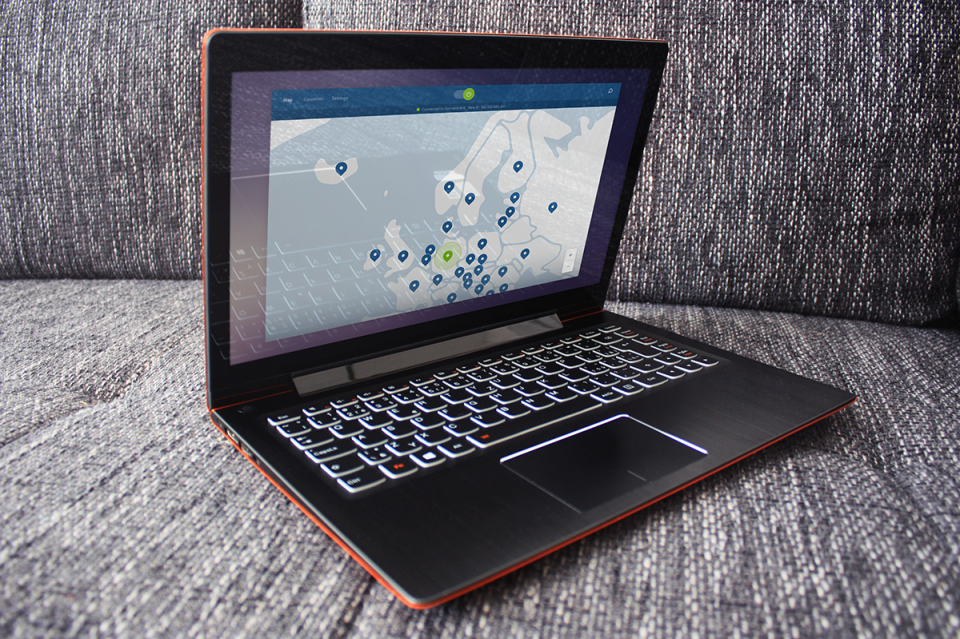 The fastest and most secured VPN!

This is the most advanced VPN with the most up-to-date features. There are very few VPNs in the...

This is the most advanced VPN with the most up-to-date features. There are very few VPNs in the market that can compete with its service.

This is one of the best VPNs available in the market. I use it for accessing geo-restricted content, gaming, and torrenting purposes. As privacy, security, and speed are my concerns, I have very few options available other than this. It supports connecting 6 devices simultaneously which means you can secure multiple devices at the same time. A strict no-log policy means your online activities are not recorded. Features such as kill switch, Tor over VPN, dark web monitor, and AES-256 encryption ensure utmost privacy and security. New threat protection feature blocks ads, trackers, malware, etc. It has developed a new meshnet feature that allows connecting up to remote 60 devices over a private encrypted tunnel. It unblocks streaming services such as Netflix, Prime Video, BBC iPlayer, Disney Plus, etc. very efficiently. You can also do torrenting with p2p servers. It has easy-to-use browser extensions for Chrome, Edge, and Firefox. You will find IP addresses from around the world as it has 5500+ servers in around 55 countries. Overall, it is one of the most desirable VPNs with the most up-to-date features and benefits.

The user interface can be a bit overwhelming for beginners, but there are lots of video tutorials available for new users. The price is slightly high compared to other similar VPNs.

NordVPN leaves their customer out to dry

In a word, my experience with NordVPN can be summarized as:

- A company that values profits and...

In a word, my experience with NordVPN can be summarized as:

- A company that values profits and policy over people.

I'd have to say that NordVPN's brazen commitment to alienating their customer base is something to be admired. It's an odd way to show people that you care. Well, it's actually not a way to show people you care at all, but hey, you gotta respect a company bold enough to stand up to their own customers, right?

I signed up for NordLayer because I'm trying to bootstrap a product idea. My development agency referred me to NordVPN because they thought I was going to need a VPN service. I purchased NordVPN for $61, but we had to put the project on pause because the developers were working on a feature that needed to be completed before we could set up the VPN.

Once it was time to revisit the VPN, the team and I decided that we could go a different route in the short-term, so we wanted to finish building more of the product before we layer the VPN in.

I reached out to NordVPN because I was a few days past the 14-day trial, and I asked if I could get refunded. [SENSITIVE CONTENT] responded telling me that the company does not wish to refund me due to the fact that their policy states that I was supposed to cancel in the 14-day window.

In the technical sense, [SENSITIVE CONTENT] is correct, but he showed no sign of reason and no empathy as a customer service representative. It was my intention to return business as soon as I was ready to re-start the service, but this didn't appeal to [SENSITIVE CONTENT].

- Their ability to re-quote a cancellation policy is impeccable.

- Their commitment to winning me as a long-term user and loyal advocate for the business... genuinely heartfelt.

- Their ability to listen to customers? Flawless.

- The warmth and ability to make customers feel valued and "not just another number to squeeze profits out of," remarkable.

Good Product, although it does slow down your internet

Overall it's been a good overall experience, I have been able to mask our company IP Address for...

Overall it's been a good overall experience, I have been able to mask our company IP Address for more security on the network. Sometimes it tends to slow down the internet, which is my main complaint with this product.

It's easy to use and connects very quickly. The VPN works well as it does a good job masking your IP Address.

The main issue I have had with this software is that it tends to slow down the internet quite a bit, which can be a little difficult to work around.

Most secure and reliable VPN service provider in the market

I've been using NordVPN for a little over a year now, and I have never had more peace of mind when browsing the web. It's very easy to get started, and their customer service is top-notch. I've had no issues with it, and I feel much more secure when browsing the internet knowing that I'm using NordVPN. It is by far the most secure VPN service provider in the market. I recommend NordVPN to anyone who wants to browse securely.

NordVPN for internet and network security

NordVPN should be considered by anyone, it is a great app for web security and also switching to...

NordVPN should be considered by anyone, it is a great app for web security and also switching to other countries to view content otherwise not available due to country restrictions.

This is a very important application for us as it masks our identity from identity theft, hackers and even companies that track you. Also since we work with many international clients and some content on the internet are not allowed to be viewed from other countries, NordVPN allows you to log on to a different server in a different country allowing you to view content from that country directly.

They are quick to drop older devices from support, we lost usage on a couple of devices and after contacting their tech support they informed us they would not support those devices because of their age.

Q. What type of pricing plans does NordVPN offer?

Q. Who are the typical users of NordVPN?

NordVPN has the following typical customers:

Q. What languages does NordVPN support?

Q. What other apps does NordVPN integrate with?

We do not have any information about what integrations NordVPN has

Q. What level of support does NordVPN offer?